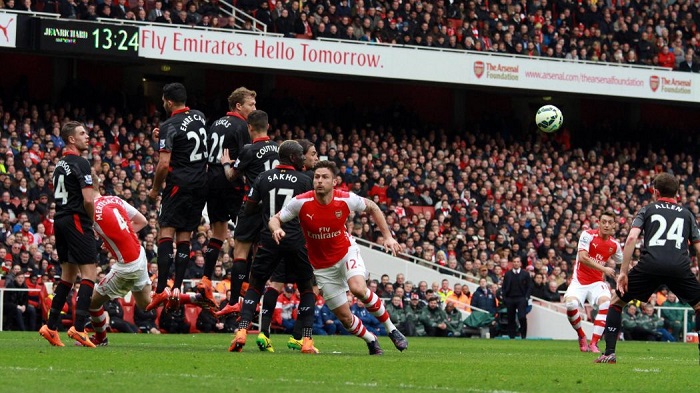 Arsenal vs Liverpool clash would certainly be the central match of the upcoming run-off and our experts have already made up their prediction.

As we’re all aware, Arsenal changed the head coach in the summer off-season: Arsene Wenger was replaced by Unai Emery.

Under his leadership, the London Grand made a series of winning matches at the start of the season that allowed them to reach the 4th spot in the standings, being only 4 points behind the leading Manchester City.

Among the strengths of Londoners are excellent attacking skills: the team scores a lot and almost never leaves the field without goals scored. Meanwhile, they experience defending issues and 13 conceded goals are proof of that.

Despite the fact that Arsenal lost points in the previous round, tied with Crystal Palace (2:2), the team still continues competing for being the best and would certainly make every effort to gain 3 points in the battle with Liverpool.

Unlike the opponent, Liverpool did not change the head coach during the summer off-season because Klopp’s squad spent that game year quite successfully. The Reds reached the Champions League final and ranked 4th in the EPL.

What concerns the current season, they’re still displaying perfect game. Now the team is on the 2nd spot of the Premier League table and lags behind Manchester City only by additional indicators.

It’s noteworthy that Liverpool haven’t lost a single match this season. Of course, it’s a matter of concern for Arsenal fans before a head-to-head meeting of these clubs.

Therefore, it is not surprising that bookmakers make a choice in favor of the guests in the upcoming battle. According to the odds, they expect Liverpool to score goals. And that’s logical since the Reds have already scored 20 times in the current Premier League.

Our prediction for the clash Arsenal vs Liverpool would be in favor of high-scoring game (TO 2.5) due to the following reasons:

We’re waiting for an exciting and spectacular clash with a great number of goals scored. At any rate, all predictions are in favor of that.