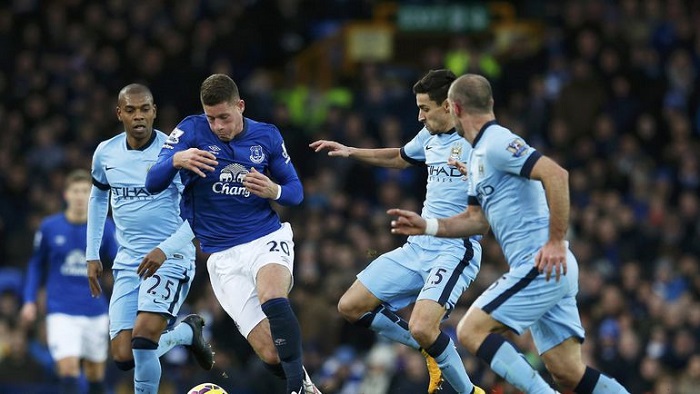 This match will definitely unite thousands of English football fans either at the Liverpool stadium or at their TV screens because the confrontation between Everton and Manchester City always comes out pretty spectacular.

Football. English Premier League
Kick-off: February 06, 2019; 22:45
Venue: Goodison Park, Liverpool
Prediction: TO 2.5
Best odds: 1.50* (Marathonbet)
(*the odds may be subject to change closer to the beginning of the match)

This season (as, indeed, in the past) Everton are in no hurry to please their fans with an excellent game. Therefore, the current results of Marco Silva’s squad are not really impressive.

Right now the Toffee occupy only 9th position in the EPL standings with 33 points after 25 matches. The team still has a chance to get into the European Cup zone, but for this they need to prove themselves well in the remaining matches of the Premier League.

Attacking line of the squad is a strong point. However, the team often forgets about the defense because of excessive enthusiasm for attacking actions. In turn, this leads to numerous goals conceded.

Before clashing Manchester City, the Liverpool club conceded 3 goals in the battle with Wolverhampton 1-3, and thus lost another chance to gain 3 points.

The next match will be at Everton’s home stadium and this plays into their hands since Silva’s team is always much more powerful in home matches. And we will find out pretty soon whether it helps them to succeed.

Manchester City were initially considered the main favorite in the fight for the EPL championship, but so far Guardiola’s team still fails to beat the ambitious Liverpool.

The Citizens are currently the 2nd in the English championship table, trailing by three points from Liverpool. Naturally, they still have a chance to win the championship but only in the case of an excellent game in the next EPL matches.

It is worth noting that Guardiola’s team is equally powerful in both attack and defense but plays much better at home. For example, they lost three away matches and only one home game.

The last defeat of Man City was recently in the away match: they sensationally gave in to Newcastle 2-1 on January 29. Winning that game could have allowed the Citizens to catch up with Liverpool, but that did not happen.

The other day Guardiola’s squad beat Arsenal 3-1 and right now they are highly motivated to be a winner in the upcoming clash as well.

Our experts predict TO 2.5 to succeed in Everton vs. Manchester City due to the following reasons:

All pregame deals are in favor of the high-scoring game. Therefore, our bet TO 2.5 holds great promise. Although the odds for such outcome are low, there is a really good chance to succeed.