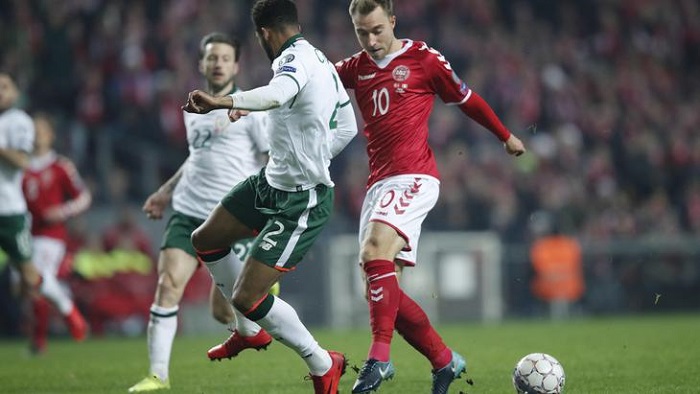 Our experts have made up a thorough review and prediction for the match Ireland vs Denmark that would be held within the next round of the UEFA Nations League.

As we may all recall, Ireland failed to qualify for the last World Cup in Russia due to defeat in the play-offs matches. And it was Denmark that defeated the team.

Therefore, all the matches of the Irish this year before the start of the Nations League were friendly, and not all of them ended well:

The Irish would certainly draw conclusions after the loss and would try to perform the way they used to – with utmost caution.

For instance, they acted that way in the first play-off match with Denmark a year ago. The game ended in a draw (0:0) that allowed Ireland to pass on.

Due to the aforementioned triumph over Ireland, Denmark managed to reach the World Cup. However, the squad did not demonstrate their best in the Mundial.

Although Denmark reached the 1/8 final, the team lost to Croatia in the head-to-head meeting straight away and left the tournament ahead of schedule. Further, they lost a friendly battle to Slovak national team (3:0), after which the Danes started playing in the UEFA Nations League.

It should be noted, they started pretty well, beating the Wales national team (and they crushed the Irish not so long ago).

Denmark is a favorite before the upcoming match. Betting odds state the same. Hareide’s men have experience of beating the Irish, but would they be able to repeat that again? We’re about to see that soon.

Our prediction for the match Ireland vs Denmark is TU (2.5) for several reasons:

All prematch deals indicate that we won’t see an intense game. The most likely outcome would be a tie (1:1). Perhaps the odds are not so high but have all chances to succeed.