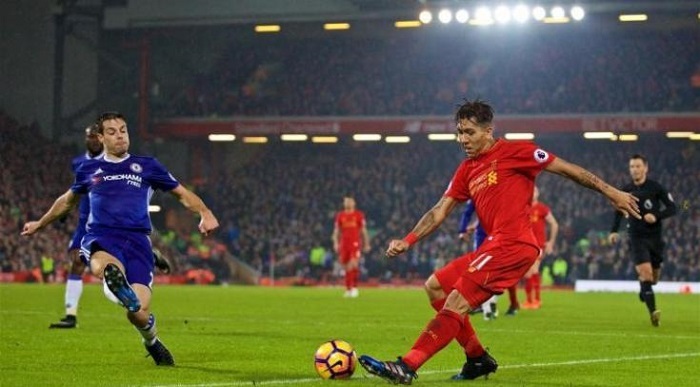 This Wednesday night two high-flyers to meet at Anfield in the EFL Cup as Liverpool hosting Chelsea.

Football. Football League Cup
Venue: Anfield, Liverpool
Prediction: Both to Score
Best odds: 1.62* — Marathonbet
(*the odds are relevant at the time the article is posted and may change before the event starts)

Liverpool comfortably settled in top-four and hit the Champions League finale, losing points to Rome 3-1. However, together with the start of the new season campaign the Reds do not let themselves down and keep showing excellent game:

Liverpool currently are the first in the Premier League table as a follow-up to six encounters, recording 18 points with the striking difference of scored\conceded goals – 14-2.

No wonder Liverpool vs Chelsea preview is in favour of the hosts recently betting Southampton 3-0.

This year Maurizio Sarri is at the wheel as Antonio Conte failed to display good skills the other season. Having their new coach, the team obviously transformed showing first-rate interim results:

Now Chelsea celebrate their third berth in the table with 16 points in 6 matches being ruthless both in attack and defense.

Anyway, the squad feels not quite in the right place after a tie with West Ham 0-0. They’ll certainly put their best efforts to restore themselves in the eyes of their supporters.

We highly predict Liverpool vs Chelsea to end with Both to Score:

The game most likely to take place at the centerfield that’s why we probably won’t see so many goals scored. However, they’re supposed to score at least once.

Like the prediction but the odds too low? Get to know how profit betting sports in our article!