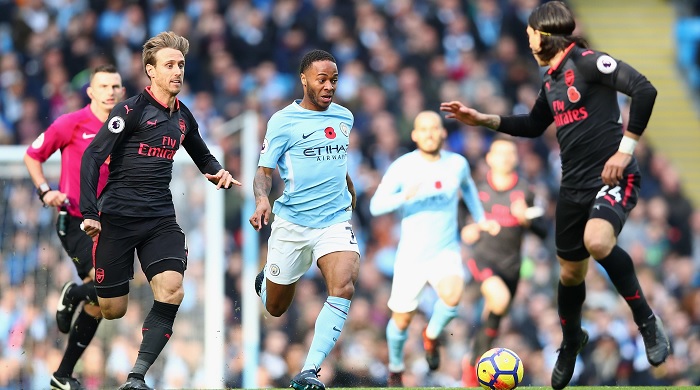 This Sunday Manchester City are hosting Arsenal at the Etihad Stadium. Our experts have already drawn up their prediction for this EPL match.

Many experts initially expected that Manchester City would be the winner of the current season. However, for now Guardiola’s squad can only boast the 2nd position in the EPL table.

Man City are currently 5 points behind the leading Liverpool. In fact, they still have a chance to overtake the opponent in case of victorious results in the remaining matches of the English championship.

Powerful attacking line is the main weapon of the Citizens. The team nevertheless displays solid defensive skills as well. Most notably, it is Man City that have the best scored-conceded goals difference among all the EPL clubs.

Manchester City always play much better at home and so far have lost only once at the Etihad Stadium during this season. This fact can be certainly a matter of concern to Arsenal supporters before the forthcoming head-to-head clash.

Recently the Citizens suddenly gave in to Newcastle 2-1, so right now they are not in the best frame of mind. However, this defeat will probably give them impetus and motivation to succeed in the upcoming duel.

Unlike Manchester City, Arsenal have virtually no chance of being an EPL winner but still may close the Top-3.

Right now Londoners occupy the 4th spot in the Premier League table and are 7 points behind the 3rd place Tottenham.

The other day Emery’s team got over Cardiff City 2-1 and now they are quite confident before meeting Man City.

Our choice for Manchester City vs. Arsenal is in favour of H1 (-1.5) due to the following:

Given this perspective, we are jumping to conclusion that the home team will get a landslide victory. Therefore, our bet has the full potential to succeed.