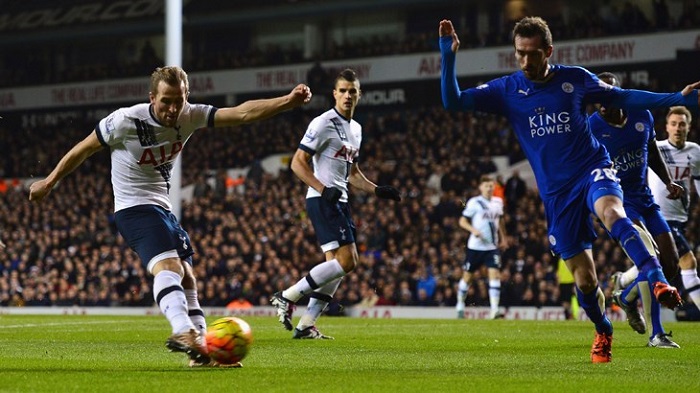 Tottenham vs. Leicester City duel will be one of the most interesting standoffs of the 26th Premier League tour. Read more about this match in our article.

Tottenham have perfectly started this season and continue displaying a great game for the time being.

Following the results of previous EPL rounds, Londoners are the 3rd in the standings, having 57 points on their account. Furthermore, they are only 5 points behind the leading Manchester City.

Therefore, Tottenham still have a good chance to compete for the championship, but the team needs to successfully play the remaining matches. It also concerns the upcoming duel with Leicester, where Pochettino’s squad is considered to be a favorite.

Tottenham’s attacking line is particularly strong, which is vividly shown by 51 goals in 25 skirmishes. At the same time, they are quite confident in defence, especially when it comes to home meetings.

Prior to their skirmish with Leicester, Pochettino’s team scraped by with a close victory over Newcastle United 1-0, thus retaining their 7-point lead over Chelsea, who are currently widely considered to be the Spurs’ principal rival in the EPL.

Unlike the closest EPL opponent, Leicester City have not the best season according to the current results.

Claude Puel’s team possesses the 11th position in the Premier League table, which clearly cannot satisfy both the fans and the players themselves. Besides such an unfortunate result, the game itself leaves many questions.

The Foxes display poor attacking abilities and score a little. Furthermore, the defensive line is far from ideal as well. No wonder they cannot reach the top of the standings yet.

Before clashing Tottenham, the Leicester club gave in to Manchester United 1-0, so they are currently not in the best mental state. Just in a few days we will see whether the team will be able to improve their position on the results of the upcoming battle.

Our prediction for Tottenham Hotspur vs. Leicester City is in favour of Tottenham win. This choice is explained for at least 3 reasons:

All pre-match deals are clearly not in favour of the guests. Therefore, our bet is bound to succeed