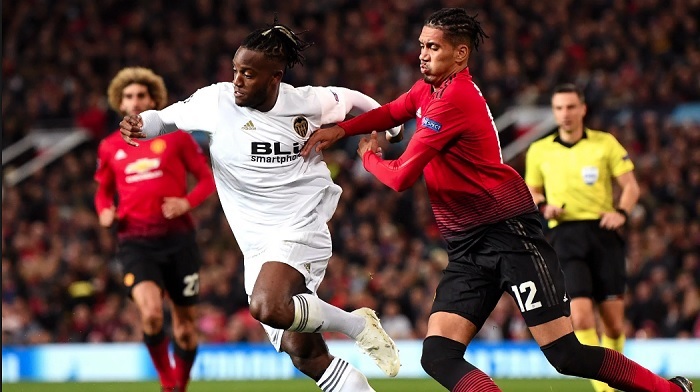 The past season elapsed, and the results were quite satisfactory for Valencia. Everyone waited for the same progress this time but the team is in no hurry:

The squad settled down the 15th spot in La Liga, adding 18 points to their account. They have everything needed to rescue the situation but they have to boost their game to reach the goal.

That particularly concerns the attacking line: only 12 goals in 15 meetings in La Liga. The performance is no better for the Champions League:

The team sat on the 3rd place in Group H and scored only 4 goals in 5 matches of the group stage. However, they managed to grab some points in the clash against Sevilla 1-1, so now they’re contented and ready to attack.

Manchester wasn’t any better this season leaving so many questions on the game:

Adding 26 points after 16 meetings, they embrace the 6th spot in the Premier League standings.

Man Utd already secured the 1/8 finale for the Champions League, so the upcoming game won’t have any particular importance for them.

In view on the recent Premier League events, Jose Mourinho most likely to save some key players and put a backup lineup against Valencia.

Due to the recent smash over Fulham 4-1, which set them up to improve their position, Manchester United are highly motivated before the confrontation with Valencia.

Our experts predict TU 2.5 (total under) to succeed in Valencia vs Manchester United due to the following reasons:

Analyzing all the information stated above, we’re jumping to conclusion that no numerous goals would be scored, which facilitate our bet to win.