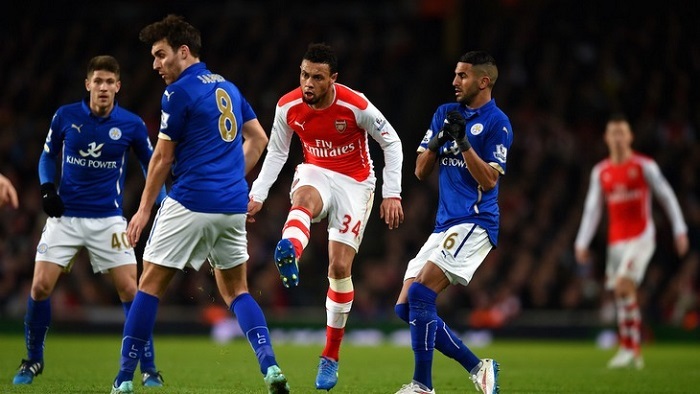 Arsenal are aiming to remain the unbeaten record against Leicester when they welcome the team for the Premier League showdown on Sunday.
Football. Premier League
Kick-off: 22 October, 22:00
Venue: Emirates Stadium, London
Prediction: Both to Score
Best odds: 1.59* — Marathonbet
(*the odds are relevant at the time the article is posted and may change before the event starts)

The opening day of the season Arsenal started without a long-time mentor Arsene Wenger, who made a decision to step down after another sloppy year.

Unai Emery took over his place but also failed to lead the team over to the Premier League leaders: now Arsenal take the fourth berth in the table to record 18 points in 8 meetings.

The team executed an excellent counter-attacking display – 19 goals in 8 games. However, they still have some evident defence problems – 10 conceded shots. Anyway, Emery’s men now appear as an unquestionable favorite against Leicester: bets for the hosts are around 1.5 to 1, and bets for away team are 6-6.5 to 1.

Last season was not the best one for Leicester City when they managed to grab the ninth spot in the Premier League, which is inconsistent with their ambitions.

Current opening season for the Foxes was also far from perfect: they are only tenth in the interim table with 12 points to their credit.

Leicester are going to engage in an intriguing meeting with Arsenal being not in the best mood since earlier they gave the way to Evertone 1-2.

We predict Both to Score for Arsenal vs Leicester City to succeed:

We’ll see a spectacular clash beyond any doubt. Both teams will certainly score goals in each others gates and not even once.