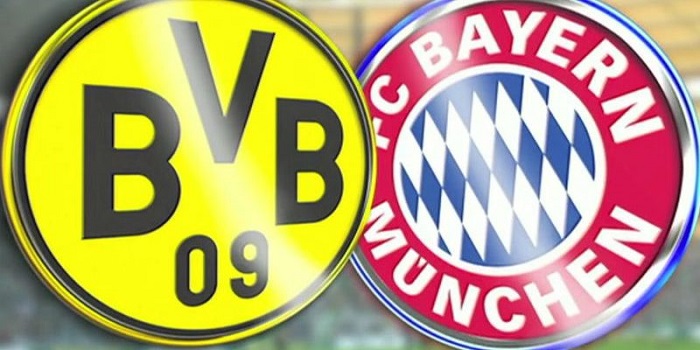 Football. Germany. Bundesliga
Kick-off: 10 November, 2018; 20:30 UTC
Venue: Signal-Iduna-Park, Dortmund
Prediction: Both to Score
Best odds: 1.53* — Marathonbet
(*the odds are relevant at the time the article is posted and subject to change before the event starts)

Against all naysayers’ expectations, Borussia Dortmund started the season pretty well along with a new manager, showing good results:

For now they lead the Bundesliga table with 24 points after 10 meetings, though their game skills are far from being ideal.

The squad managed to display perfect attacking ingenuity, unlike it was in the past season, and netted already 30 goals in 10 matches of Bundesliga. All these factors influence the spirit of Bayern as the BVB are highly motivated before the clash with the opponent after the defeat to Atletico 2-0.

Currently, the team embraces the third spot in Bundesliga standings, which hardly corresponds to ambitions of the squad. Moreover, Bayern have troubles playing the Champions League matches:

Though Bayern is leading Group E after four matches, each victory does not come easy. Just like they got the win over AEK Athens 2-0, but there are still so many questions left concerning the game overall. After this confrontation they come up to the match with Borussia Dortmund. Any team would consider it the best asset as both have equal time to recover.

Considering attacking forces of Bayern, which are quite strong, their defence is reliable by no means. The opponents may surely take advantage of this vulnerability.

Our predictions for Borussia Dortmund vs Bayern Munich is Both to Score due to the following factors:

Certainly the game would get a big rush among the fans since two Bundesliga leaders go head to head.

Most likely the game would be quite effective with great number of goals scored. Therefore, our prediction should obviously succeed.