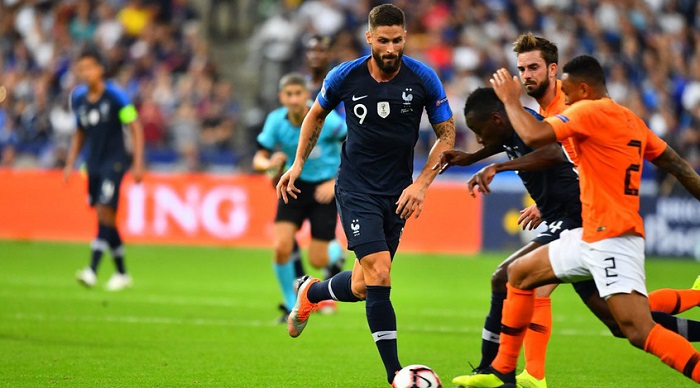 Netherlands created more favorable conditions for a good start in the group sage for the UEFA Nations League and still got chances to stand against the group opponents for the first spot. The team is 4 points behind the leading France but still has another match to spare!

Koeman’s men created the ambivalent impression of their performance. They occasionally deliver improved skilful game but remain unstable and leave a possibility to fail the match.

Defence line is a weak spot here: they concede even against hardly the best opponents. The only exception is the confrontation against Germany ending by three goals to nil. Germany really underestimated the rival. Moreover, had some defence issues.

The team won’t be an unconditional favorite against France, however, it’s far from being and outsider.

Most experts expressed an opinion France could lose their motivation for further accomplishments, but Deschamps’ men drop no touch:

They’re currently leading Group 1 League A with seven points after three meetings. However, they have no right to relax since another crucial match just around the corner.

As we’ve stated above, France look amazing in attack and defence. They also perform the same brilliantly away and home.

Though the squad won’t be in the number of favorites against Netherlands, but they surely know their place and do their best to gain only positive results.

Our choice for Netherlands vs France would be in favour of H2(0):

We’ll fancy a fascinating duel between two major national teams beyond any doubt. And at this point we believe the match to end up with a victory of France. Our bet H2(0) should pass respectively.