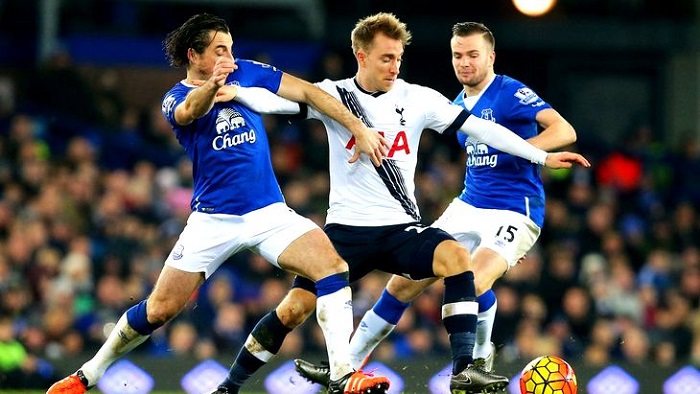 From the point of view of the tournament Everton have no need to worry, which cannot be said about the Spurs. Here is our prediction for this Sunday’s Premier League clash.

Ambitious Tottenham look quite amazing both in the Euro Cup and internal championship:

The team is now on the fourth place in the Premier League standings, being only one point behind Chelsea.

So in case Everton and Chelsea lose, the Spurs break into Top-3. This fact drives them forward, and the team is tuned for a win.

The London team displays powerful attacking skills. However, defence is quite poor. Hopefully this fact won’t prevent them from scoring a goal.

These days were saturated with positive events like a win over Ajax 2-4, which enabled the Spurs to enter the Champions League!

This season was quite tense for Everton, and the results prove that to be true:

Currently the team embraces the eighth spot in the standings, which is 13 points behind Manchester United, who are the sixth now.

Everton terribly perform in defence, which leads to losing points even in pretty simple competitions. And obviously the team is really weak playing away from home (5-4-9). This fact really alarms the fans.

Earning some points after clashing with Burnley 2-0, the squad remains in good spirits. However, the motivation is poor due to the above mentioned factors.

Our prediction for Tottenham Hotspurs vs Everton is in favour of H1(0) because:

All predictions are for the hosts this time, but just to be sure we bet H1(0).