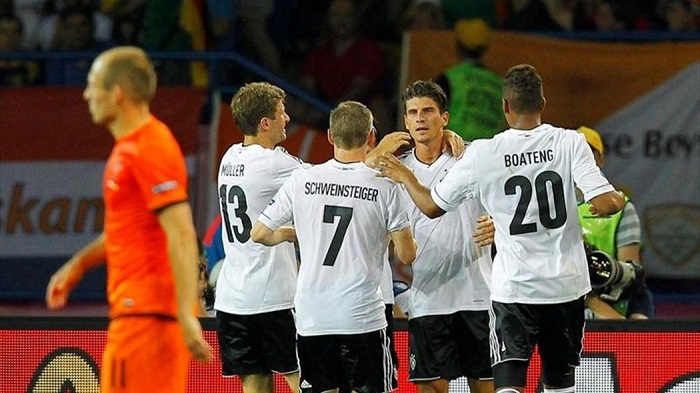 Netherlands are eager to host Germany on Johan Cruijff Arena October 13 in Amsterdam.

Football. UEFA Nations League. League A
Date: October 13; 21:45
Venue: Johan Cruijff Arena, Amsterdam
Forecast: H2(0) for Germany
Best odds: 1.60* Marathonbet
(*the odds are relevant at the time the article is posted and may change before the event starts)

That was a bad time for Germany to lose the 2018 World Cup – they got the last place on the group and prematurely left the tournament.

Germany already made to meetings since the Mundial. That when the team of Joachim L öw overscored Peru 2-1. Another clash was with France during the Nations League which ended in peace 0-0. The performance was quite substantive, and they had all chances to succeed but they didn’t manage to realize the opportunities.

Germany appear to be the favorite in the upcoming meeting but would they retain the status?

Unlike the opponent, Netherlands didn’t even got to the World Cup finals:

They ended up on the third place in the group, which kept them even from duels. That was obviously followed by staff change: Ronald Koeman was assigned as the head coach.

They’ve already performed a couple of games under his guidance but only the duel with Portugal 3-0 can be listed as successful. All other confrontations displayed their weak performance both in attack and defence. However, Netherlands really have attitude for victory this time.

Our prediction for Netherlands vs Germany is for zero handicap due to the following factors: